—Game Introduction—
Metal Force 2012 is a masterpiece of horizontal reel shot puzzle games made by Oye Faction. It was set in the end of year 2012 when all kinds of ghosts and demons living in the Third World wantonly attack the earth, plunder resources, control all the creatures and do all the evil things…..The earth is almost on the edge of extinction. The hero in this game has the responsibility of saving the earth, so he has to sneak into enemy’s home base and fight with them all by himself. More missions, more enemies, more dangers, and more fighting……All of these are waiting for our hero.

2.There are 5 stages and in each of them there are several small levels, having strong connection with each other and the difficulty increased one after another.

4.According to different combat scenes and players’ habits, different kinds of weapons are available, such as pistols, rifles, rocket launchers, grenades and sabers.

5.Differ from the traditional gaming operation modes, our innovative handling method is perfectly fit for the features of the mobile terminal.

6.For the delicate design of the pictures, the perfect action effects, the awesome sound and beautiful music, it’s a trip during the time you play Metal Slug 2012.

7.Up to 5 user accounts are supported.

Fixing issues that makes the game more stable for users with iOS 7 and lower. 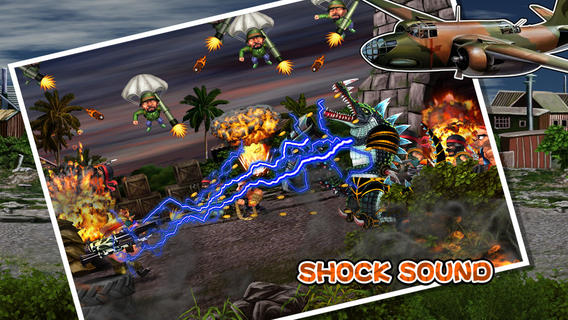