Official game from LINE, that brings the world together.

How to Play
1, Fun characters! Exciting action! Even, stick men?! Bring your army to the evemy’s walls and then storm the castle.
2, Upgrade to build the mightiest army! Upgrade 20+ unique units, castle and the weapons and Mana, use all of the tricks to call units!
Build your own strategy, and show the world who is boss.

The changes for this version are listed below.

– Several images that were displaying improperly have been fixed

We are always developing new features and improving LINE Cartoon Wars for you, the players.

Thank you for playing!
The Cartoon Wars Team 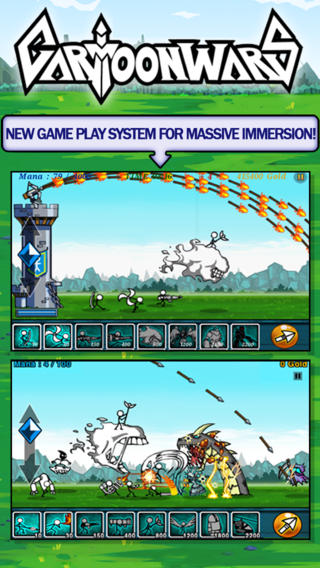